Rules/ Terms subject to change at any time without notice.

Official rules for giveaways by QueenBee1755 (therein known as Sponsor), (includes the following examples but are not limited to them: not regularly scheduled or planned, prizes may differ each time, time frames for drawing and announcing winners may vary, …):

You may enter by liking Sponsor’s page, messaging Sponsor with your name, or mailing your name and address to the follow: QueenBee1755 PO Box 144, Marlinton, WV 24954. Liking Sponsor’s page is not required. The prize/s, gift/s, or item/s of value will be given away without obligation.

No automated entry devices and/or programs permitted. All entries become the sole and exclusive property of the Sponsor and receipt of entries will not be acknowledged or returned.

Delivery of prize/s / gift/s require a legal USA address, no military base addresses. Prize/s may only be mailed within the United States of America and all entries with addresses outside the USA will be voided with an alternate winner being drawn.

***I support our military but shipping items to a military base isn’t easy.

Sponsor is not responsible for lost, late, illegible, stolen, incomplete, invalid, unintelligible, misdirected, technically corrupted or garbled entries, which will be disqualified, or for problems of any kind whether mechanical, human, or electronic.

Participation in give-away/s and acceptance of prize constitutes each winner’s permission for Sponsor to use his/her name and any statements made by each winner regarding the give-away/s or Sponsor for advertising and promotional purposes without notice or compensation, except where prohibited by law. By participating, entrants and winners agree to release and hold harmless Sponsor from any and all liability, for loss, harm, damage, injury, cost or expense whatsoever, including without limitation, property damage, personal injury and/or death which may occur in connection with participation in give-away, or possession, acceptance and/or use or misuse of prize or participation in any give-away-related activity and for any claims based on publicity rights, defamation or invasion of privacy and merchandise delivery. Sponsor is not responsible if give-away/s cannot take place or if any prize/s cannot be awarded due to delays or interruptions due to acts of God, acts of war, natural disasters, weather or acts of terrorism. Entrants who do not comply with these Official Rules, or attempt to interfere with this Sweepstakes, in any way, shall be disqualified.

There is no purchase required to participate.

CAUTION: ANY ATTEMPT BY AN ENTRANT TO DELIBERATELY DAMAGE ANY WEB SITE OR UNDERMINE THE LEGITIMATE OPERATION OF THE SWEEPSTAKES MAY BE A VIOLATION OF CRIMINAL AND CIVIL LAWS AND SHOULD SUCH AN ATTEMPT BE MADE, THE SPONSOR RESERVES THE RIGHT TO SEEK DAMAGES FROM ANY SUCH PERSON TO THE FULLEST EXTENT PERMITTED BY LAW.

Sponsor does not collect any data, accept that which is necessary to conduct the drawing for the give-a-way/s and ship or deliver any prize/s given away. Sponsor will not sell or disclose your information to any third party, except where required by law.

The winner’s name will be announced, along with the name and value of the prize once the winner confirms acceptance of prize.

Winner will be contacted through Facebook messenger and will have 5 (five) days to respond or forfeit prize. *If entrant does not have Facebook messenger, entrant will need to send Sponsor his/her name and how to be contacted should entrant be selected as winner. Sponsor will not be held responsible for technical issues that may arise with Facebook, it’s servers, it’s messaging apps, or the like. Facebook will also be held free of any liability as this drawing is not affiliated with Facebook in any way.

Winner is responsible for any taxes on item(s) won.

Odds of winning depend on how many people enter.

If prize is a food item, recipient is to consume at own risk and takes full responsibility of all liability as there are too many variables out of Sponsor’s control; including but not limited to: food allergies, how long shipping takes, weather conditions, how packages are handled by shipping companies, etc. If winner is uncomfortable receiving a food item, winner may ask if an alternate prize is available. Although an effort will be made to substitute, there is no guarantee one will be available.

These rules are subject to change without notice.

By participating in the drawing, you agree to all the terms and conditions set forth in these terms. 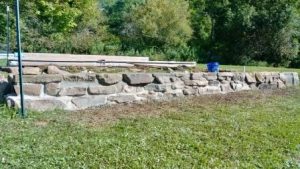 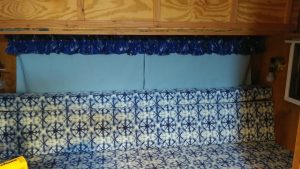